Using RynoDeckSupport products, an ageing paved roof was transformed into a smart, modern terrace in record time, providing the perfect place to enjoy views of the capital's skyline across the River Thames. 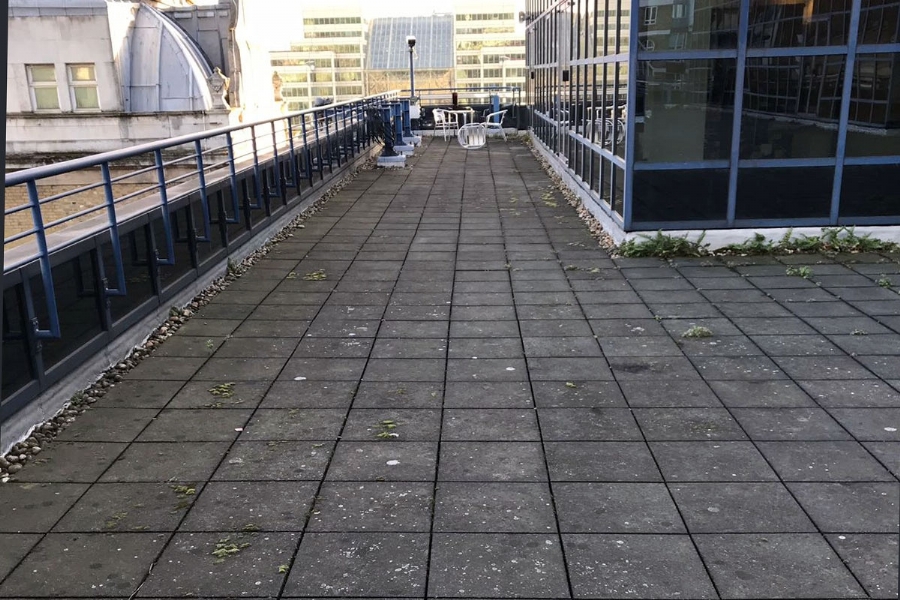 The client had a communal terrace space which was in desperate need of an update: the paving stones were outdated and dull, the space was altogether uninspiring.

The solution needed to be low-maintenance with a modern, neat finish to create a space where people want to spend time. 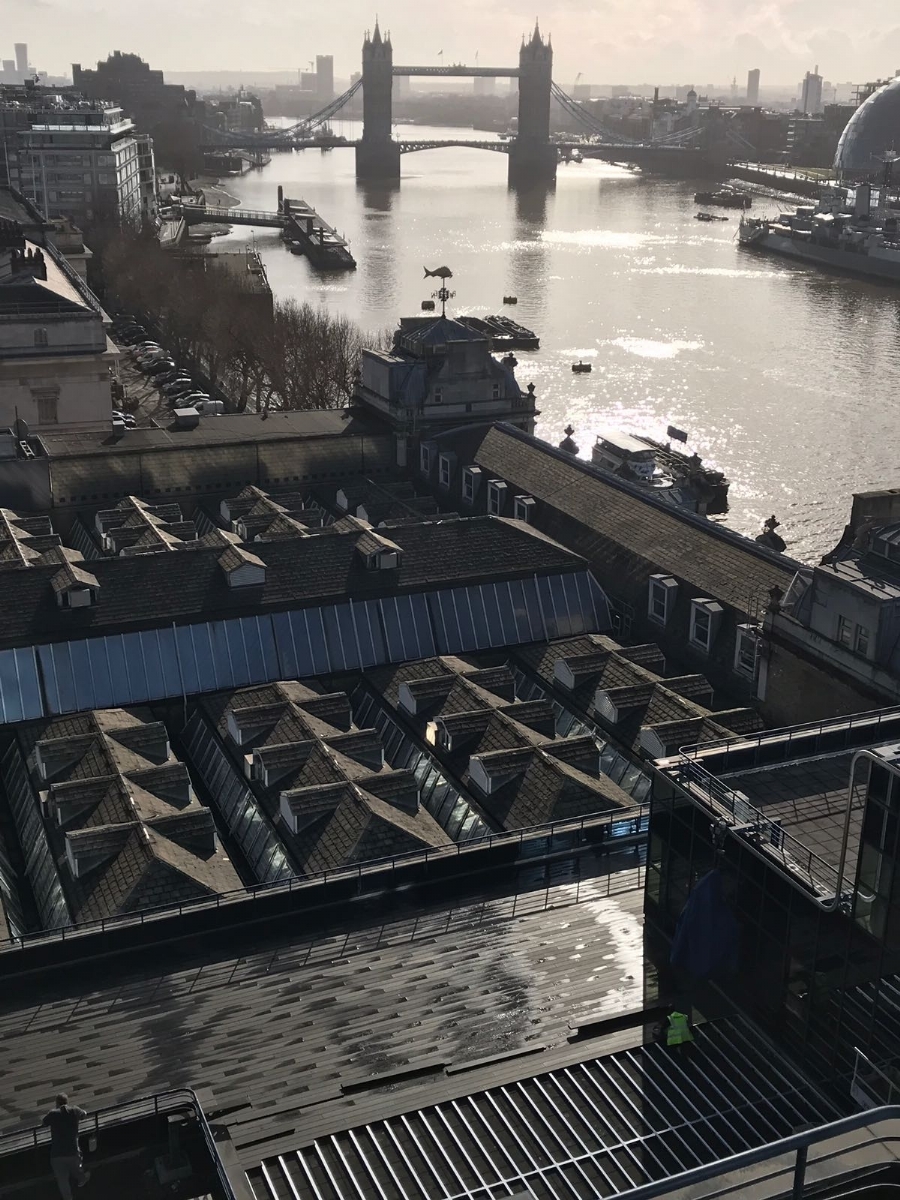 The Technical Support Team quantified the components required for the task and the large stock availability allowed for next-day delivery with installer Bayanix Ltd.

Due to the short timeframe for completion, the installer chose to prefabricate the RynoDeckSupport DS38 38mm high aluminium sub-frame in sections offsite, ready to be lifted into place later on.

In addition, it was decided the existing paving would be built upon, rather than being removed and disposed of (a huge task, particularly from the fourth floor of a building). Building on-top of the existing surface, while ultimately very effective, meant there was little more than 70mm to build the deck beneath as everything: including pedestals, sub-frame and deckboards - needed to fit in below the door thresholds.

However RynoDeckSupport RDC10-40 low height adjustable joist cradles were laid, catering for any variances in height and achieving a completely even surface for the sub-frame and decking with build-up of only 70mm. 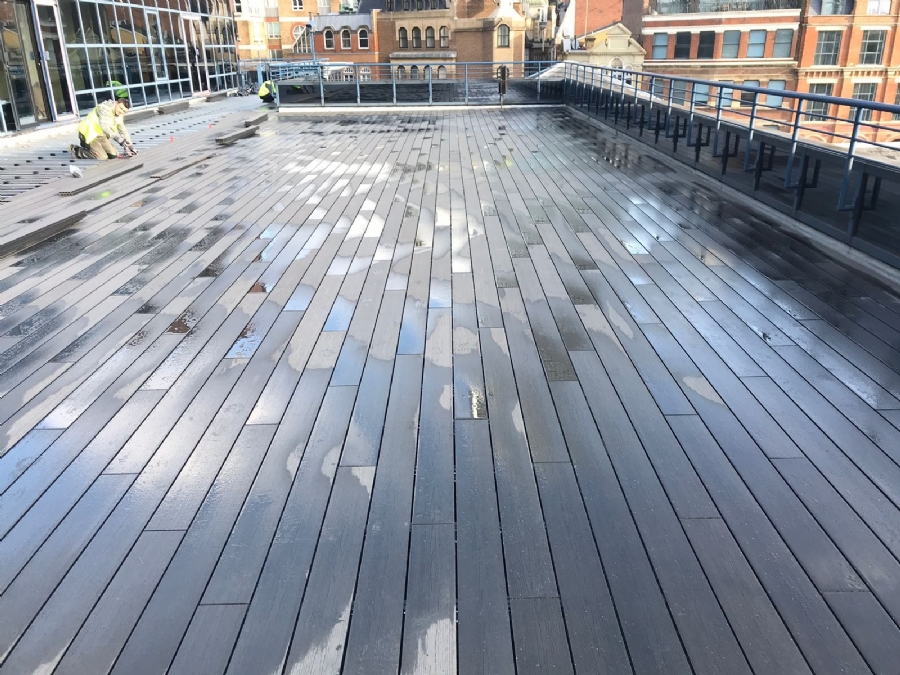 The combination of these products have created a maintenance-free terrace space where people enjoy the view for decades to come.